Today we had a long 95km cycle to Sancerre in very hot, sunny weather. 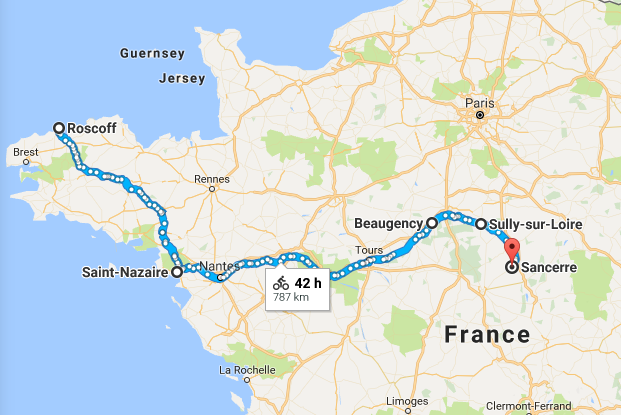 Leaving the beautiful castle at Sully-sur-Loire 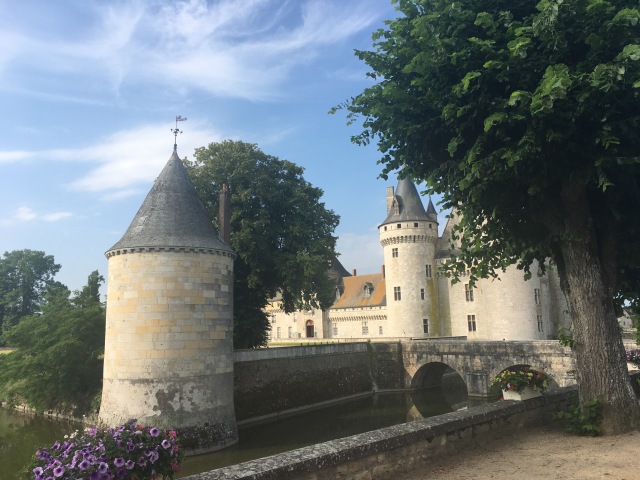 More nuclear power. The engineer beside me tells me there are 58 of these in France generating approx. 1GW of power each, which is the equivalent of 330 wind turbines. 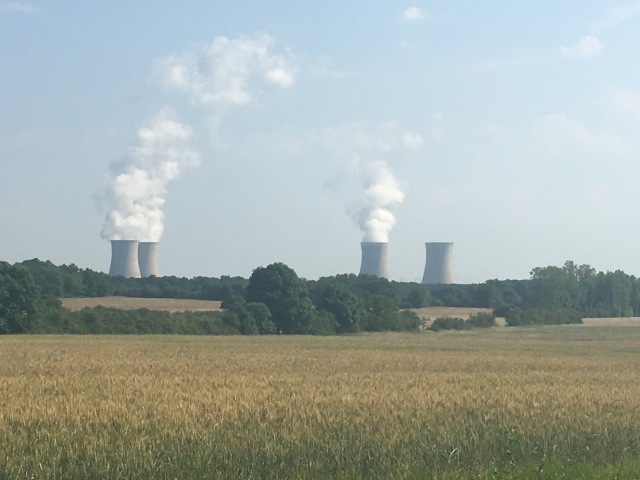 I was very interested in the machine below, (it was driving away from us). It was sowing lettuce plants from trays. I hadn’t realised that there were machines to sow young plants i.e., the machine could handle the small plants carefully enough i.e. not damage the plant nor the root system. I had assumed these fields of lettuce were sown from seed. 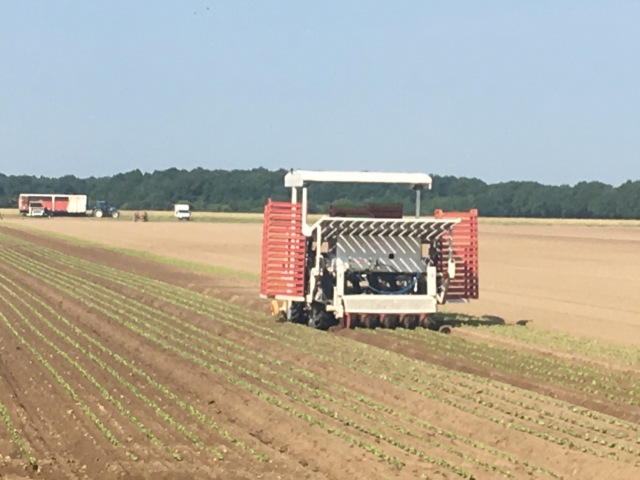 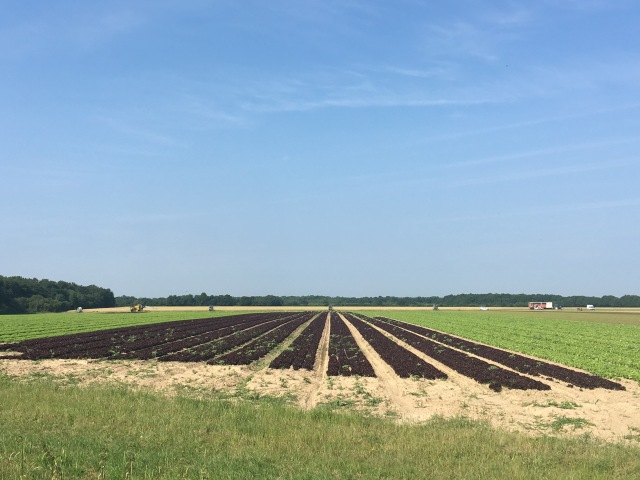 Though hard to see – a herd of goats and sheep 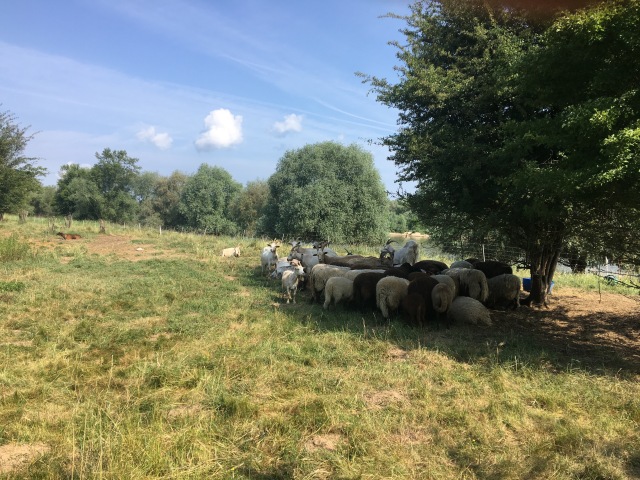 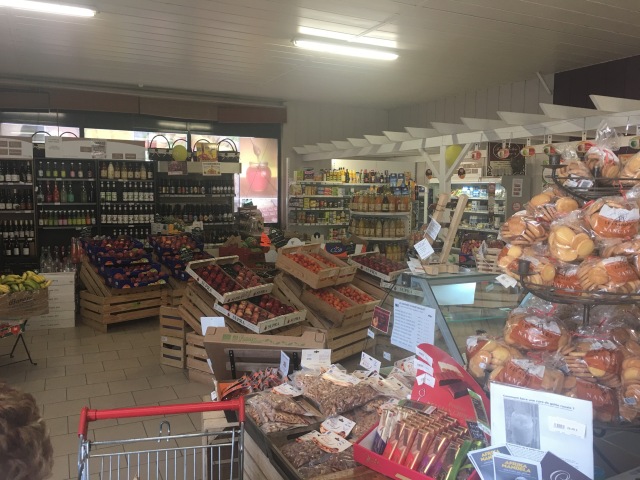 The town of Gien where we stopped for coffee 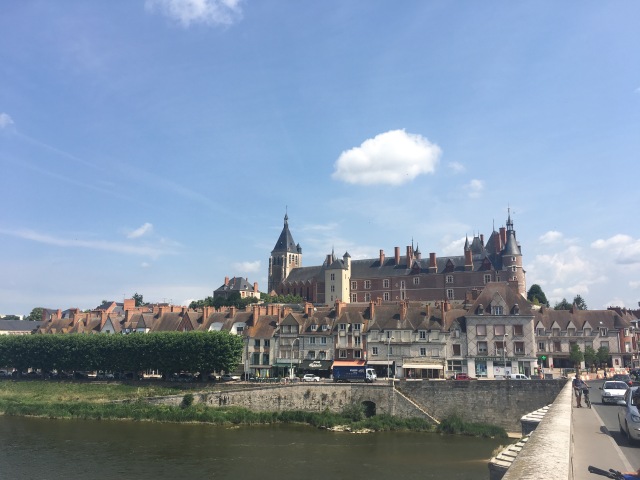 I decided to photograph various surfaces and views where we cycle just to give an idea of the variety. 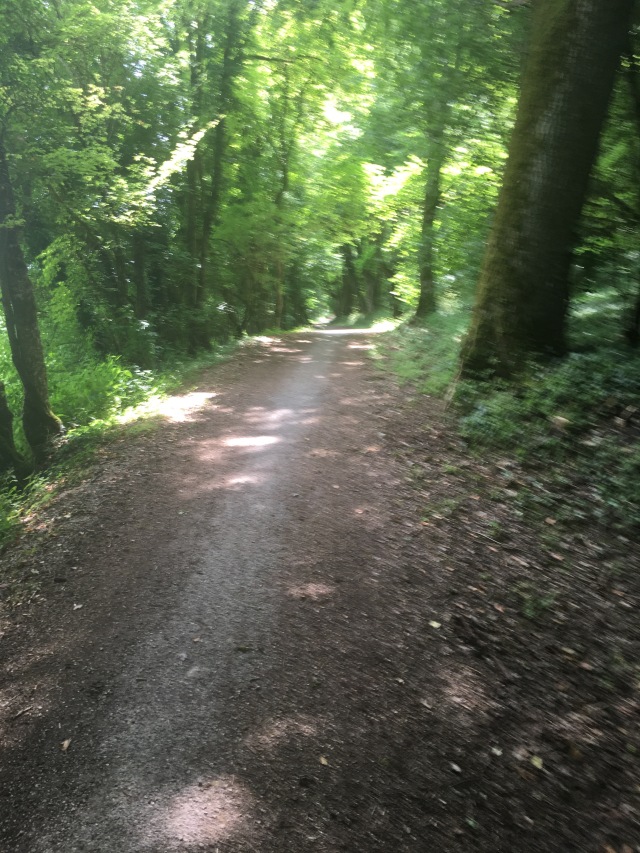 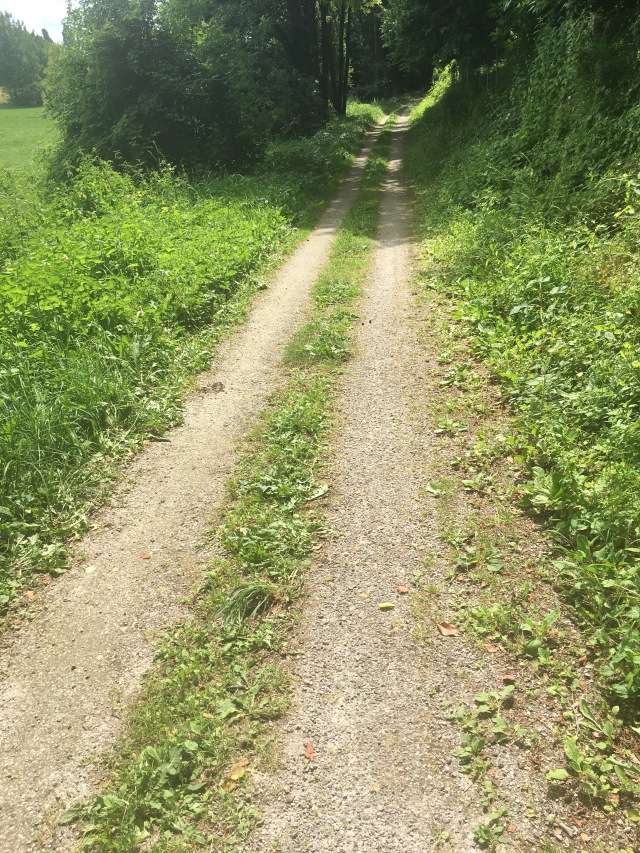 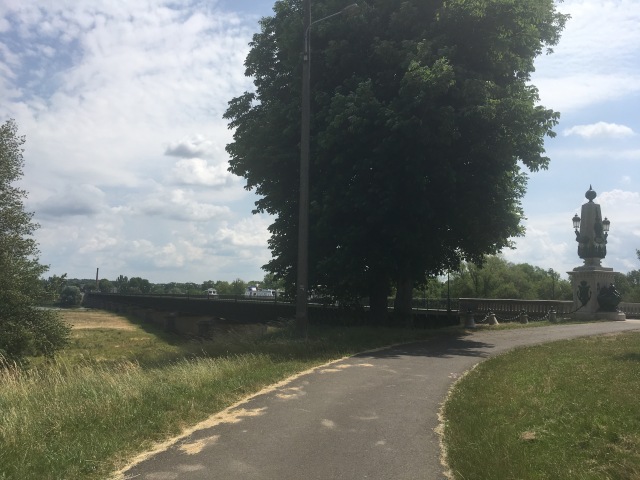 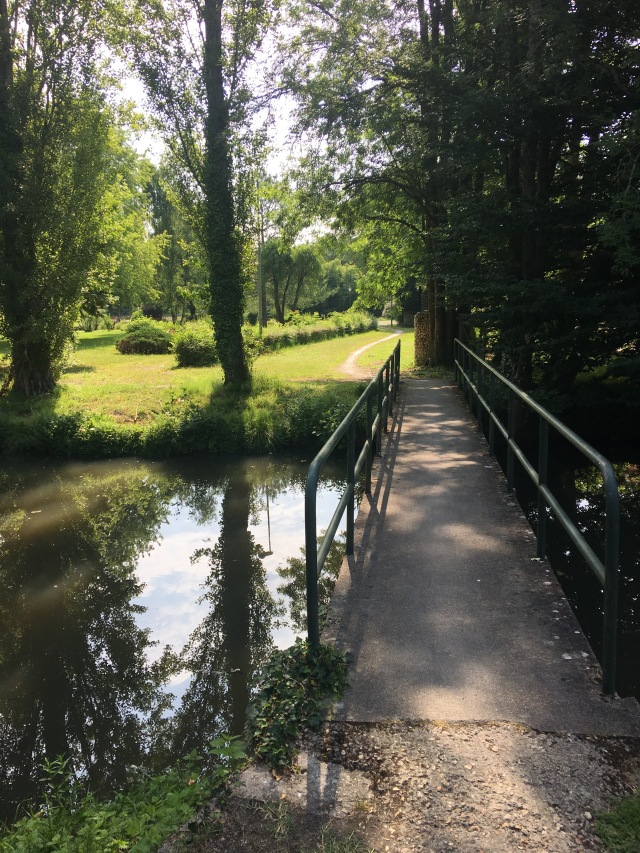 We came upon the canal below at Saint-Firmin-sur-Loire, note the canal goes over the river. 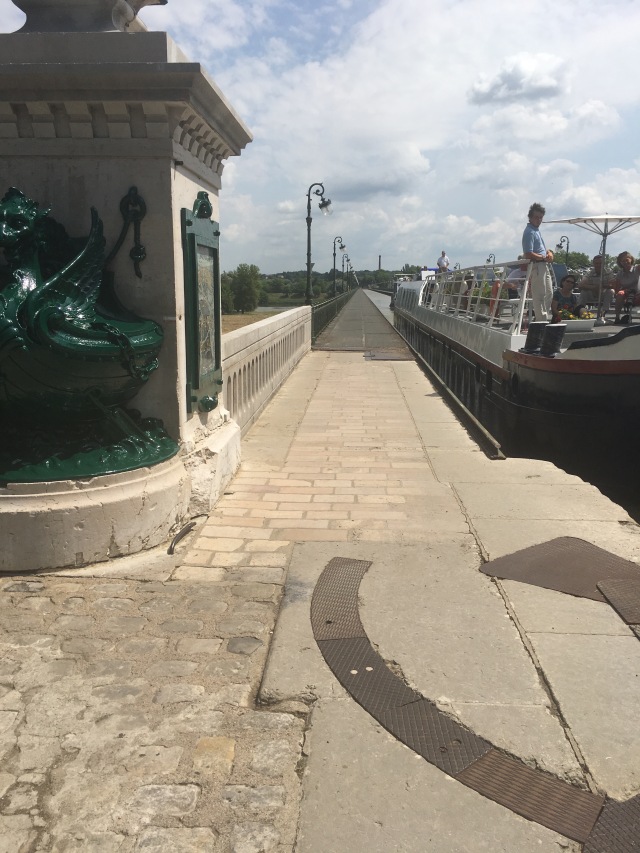 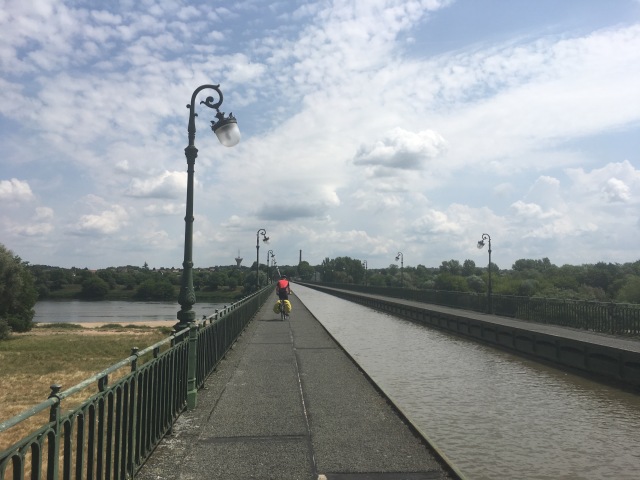 The view down river while cycling across the canal 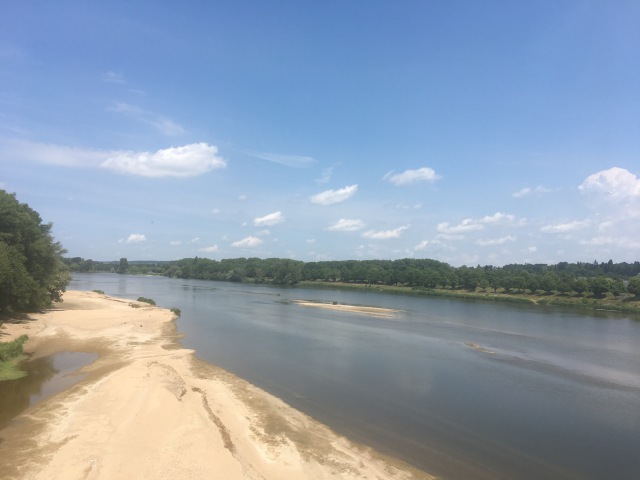 And up river – the river level is very low 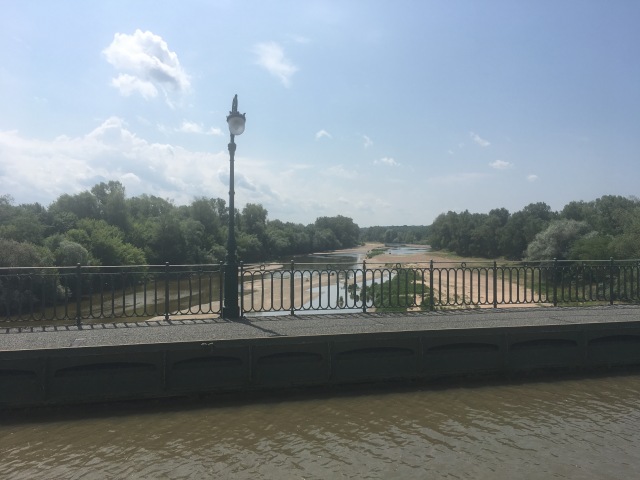 Yet another different surface 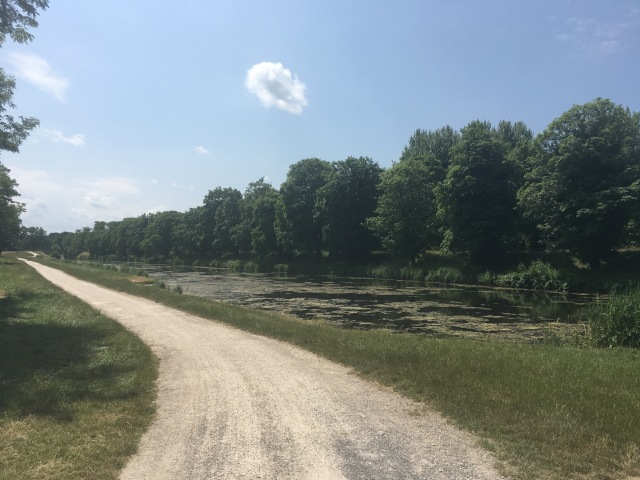 There are many different barriers to prevent cars etc from using the cycling route. Sometimes the Véloroute is confined to bicycles, sometimes it’s on the quiet road and bicycles and cars mix. 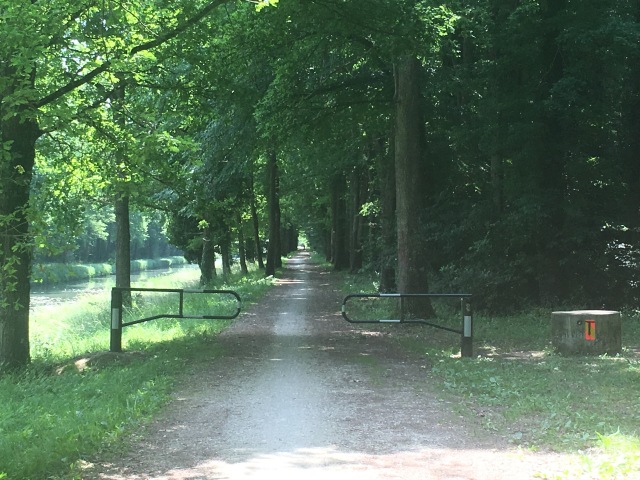 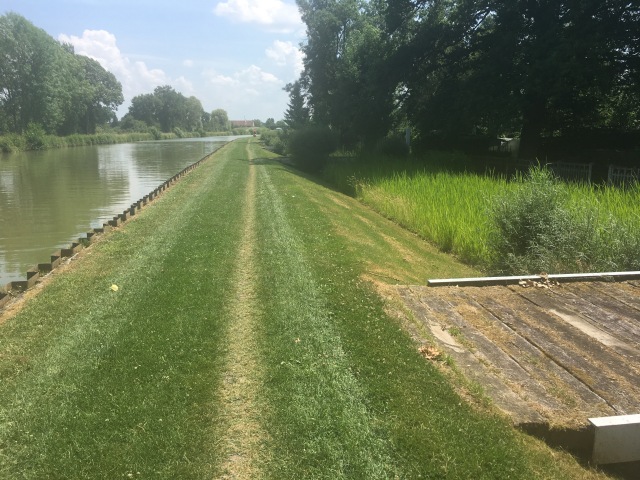 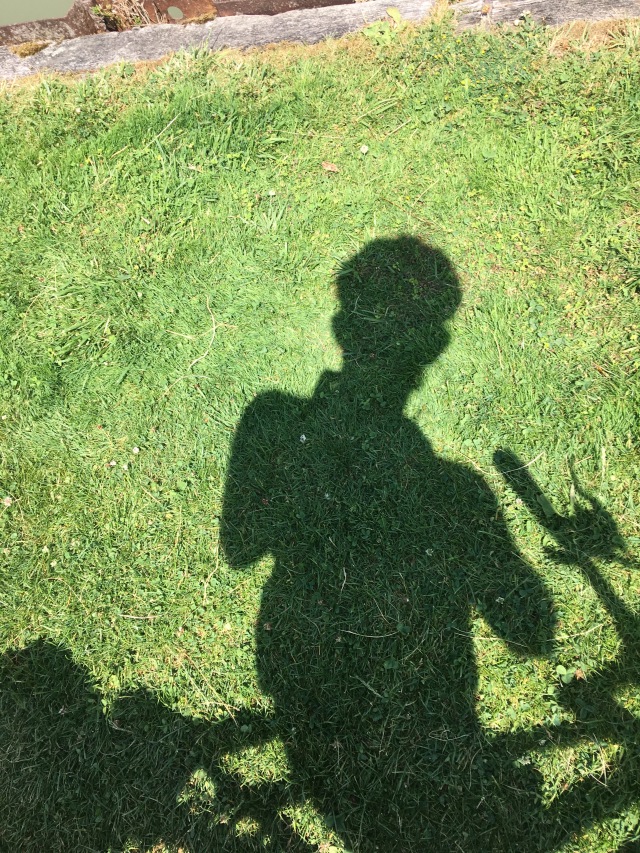 I spent ages following and photographing a frog on this piece of water. You can’t see the frog in the photograph but I was able to capture him hopping around with the live element switched on the iPhone. Great fun! 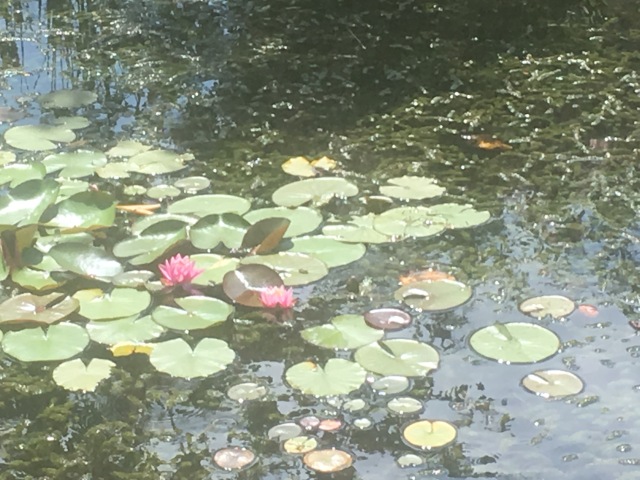 We cycled very close to this power station 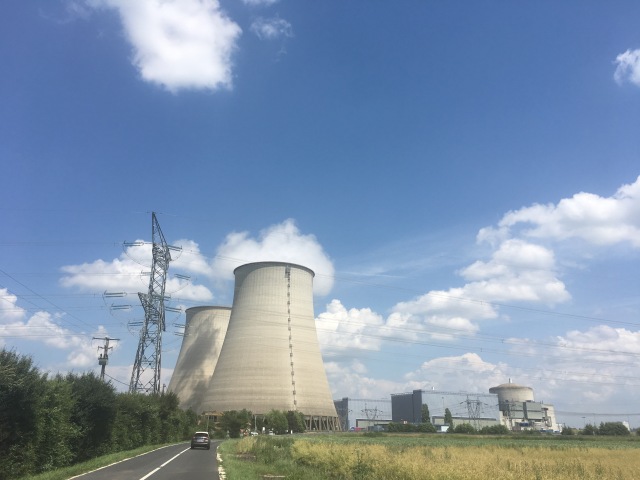 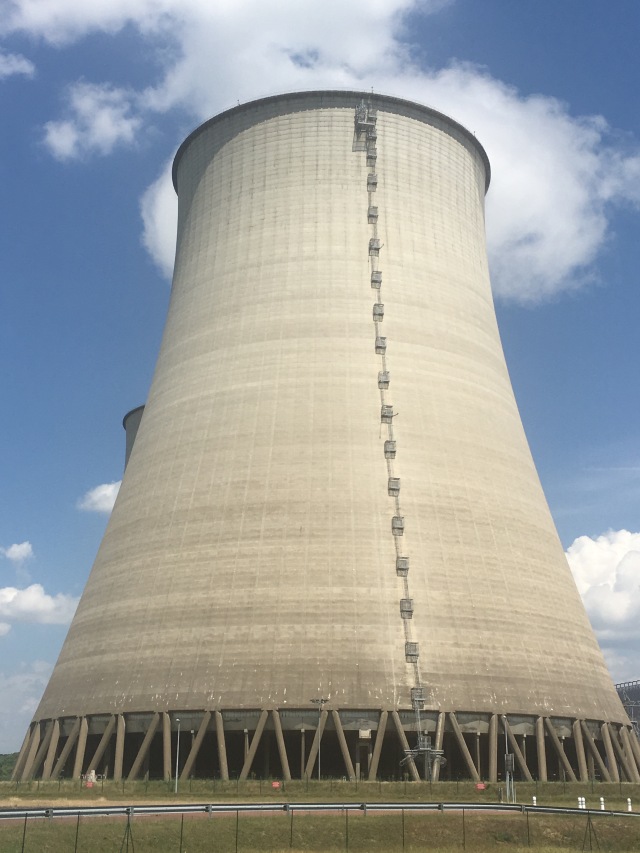 Getting product to customer – the heavy duty power lines behind. 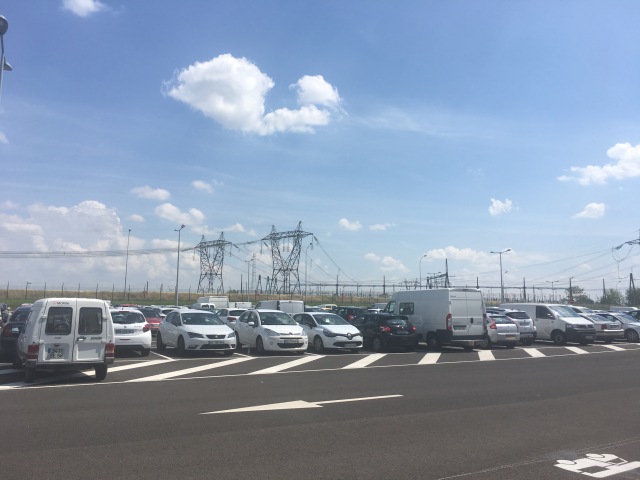 Meanwhile nothing was disturbing their lazing on a sunny afternoon in the summertime!

I found today to be the hardest day’s cycle to date, it was a long cycle in hot weather. Plus, the signs to Sancerre were weird – a few times we saw a sign, yet after cycling (in the correct direction) the next would say a longer distance to Sancerre. It was a bit frustrating. (Though it also worked to our benefit a sign for 13km was followed within a few hundred metres by a sign saying 6km to Sancerre.) This was the first time we had encountered such a problem on the Véloroute. Maybe the Sancerre signs were a Monday job!

By the time we got near Sancerre, my battery matched my phone’s 🙂 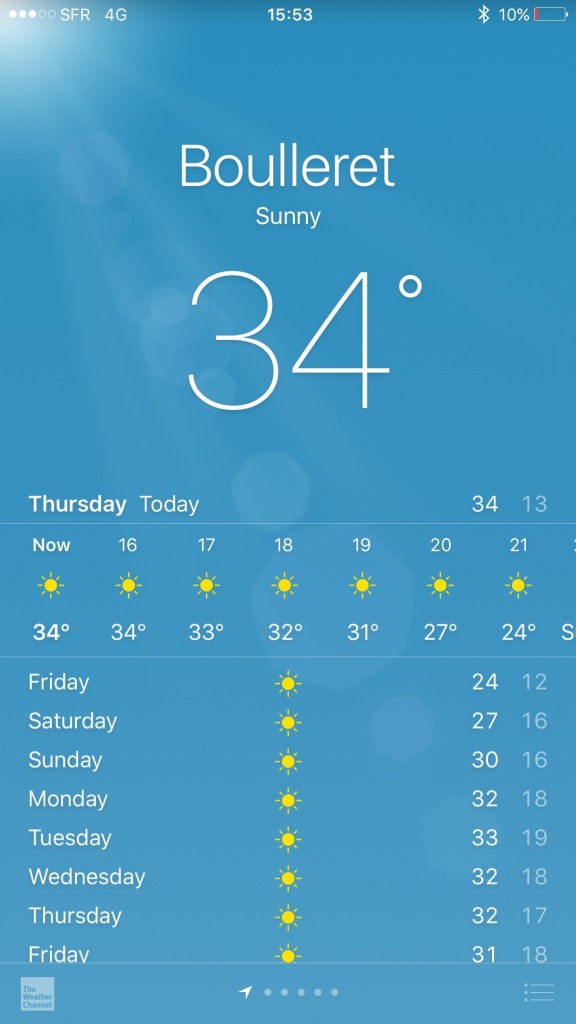 Am I so glad that tomorrow is a rest day!