I forgot to include the photo of Denis drying his shirt on an electric fence while we stopped for a snack on Sunday. His very own electric picnic 🙂

The forecast for Monday was wind and rain so we decided to be on the road early and get our cycling done hopefully before the rain. We cycled from Carhaix to Pontivy and arrived mostly before the very heavy rain. The rain was down for the evening and especially heavy overnight. Monday was a holiday and Pontivy was almost dead – the French take their holidays very seriously.

Today the forecast was again bad. The plan was to do 75km from Pontivy to Malestroit. As we got ready to leave the rain had already started.

We have been following the google map cycle routes which are generally longer than the drive routes. Today we decided to be bold and try the the shorter drive route, 58km compared with 75km. Given that the drive route was still a minor D road, we felt it was worth the chance to see if the traffic was okay on it.

Bad decision. We quickly realised it had too much traffic including many lorries on a narrow road with no room for cyclists. We cycled over to join the cycle route early on at Rohan.

Fortune favoured us greatly today. Firstly, despite the forecast, the weather was mostly lovely, we got only two showers. Secondly, the cycle route followed the Brest to Nantes canal and was a very easy cycle passing through the most beautiful countryside. We had coffee in Rohan, lunch in Josselin and are staying in a lovely B&B in Malestroit for the night.

Here is the map of each day and tomorrow’s plan to St Nazaire where Véloroute 6 begins. When we get to St Nazaire, we’ll have 300km done as the crow cycles! An average of 75km per day for that crow.

We have poor wifi tonight so uploading photos is very slow. More will come. 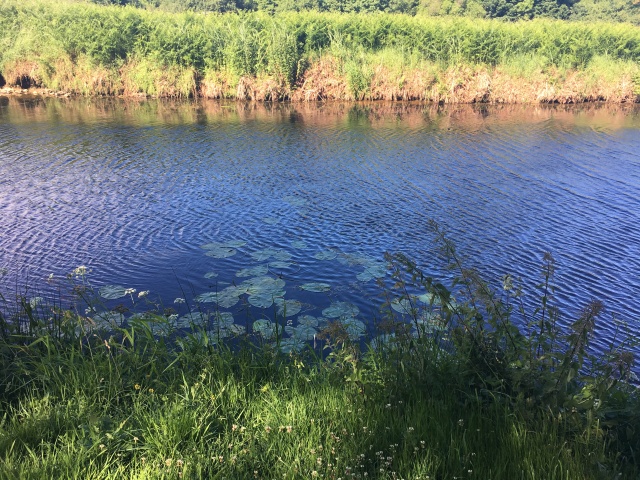